Known for its healthy lifestyle with a dash of glamour, active attire is the norm here as many stroll along the beach, stretch out in a Pilates class or do downward dog at beachfront yoga. Then there are those who hunt the surf all year round.

Bronte Park has many attractions with BBQs, a miniature train track and a playground. Bronte Beach is home to the historic Bronte Surf Life Saving Club, founded in 1903, which hosts educational and fun events.

There are two picturesque rock pools, including a natural one called Bogey Hole, which creates a sheltered lagoon and is popular with families, while a man-made, ocean-fed pool dating back to the 1880s sits beneath the southern headland.

Bronte is on the popular Bondi to Coogee coastal tour which spans 6.7 miles and takes between two and three hours to traverse with stops along the way.

Sydney International Airport and Sydney Domestic Airport are both approximately 18 miles from Bronte, or a 40 minute drive. 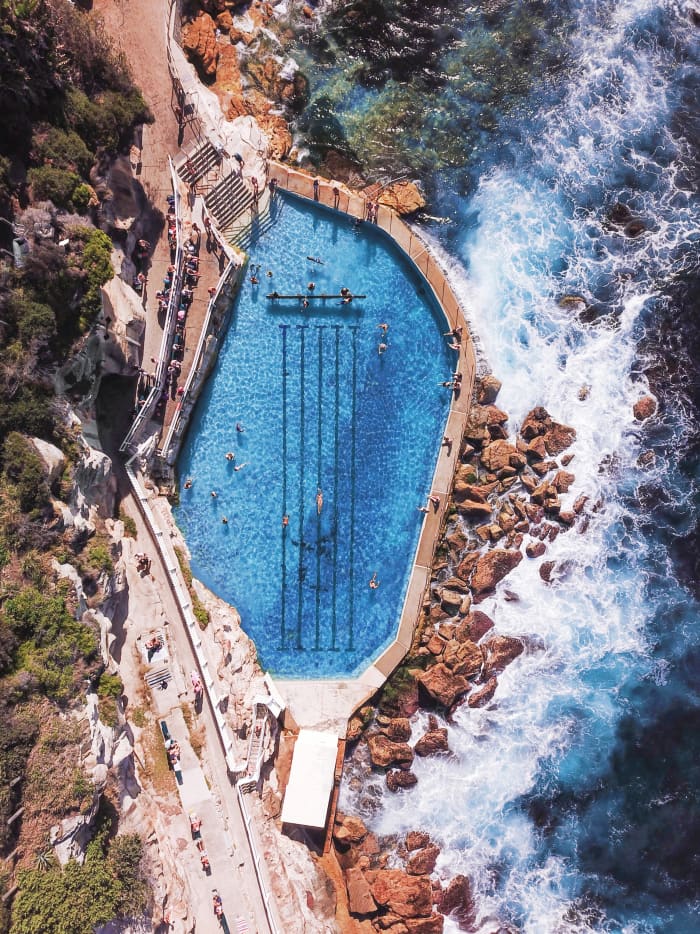 Bronte is an attractive beachside suburb of Sydney, the capital of the Australian state of New South Wales.

It is located in the Waverley Council local government area in the Eastern Suburbs, 7 km from Sydney’s Central Business District.

A wave to embrace healthy lifestyles and a strong community fueled a surge in property prices during the pandemic, with quality homes selling as soon as they hit the market.

According to Eliza Owen, head of research at CoreLogic, Bronte has an average home price of A$5.6 million (US$4 million) and A$1.5 million (US$1.1 million) for an apartment.

Suburban property price growth was 18.9% over the year, comprising 20.3% growth in home values ​​and 14.6% in the apartment segment.

Of the 596 housing markets analyzed in Sydney in March, the median Bronte home values ​​were the seventh most expensive, while Bronte apartments ranked 17th out of 321 markets analysed.

“The Bronte housing market has been booming since mid-2019, following a fairly broad decline in the two years before,” said Ms Owen. “During the current uptick, Bronte’s annual home value growth peaked in the 12 months to September 2021, where values ​​rose by 35.5%. Now, however, growth rates are slowing, and quarterly value adjustments show a -0.2% decline in home values ​​in the three months to March.”

The luxury segment — or the top 25% of the market — in Bronte starts at about A$7 million (US$5.1 million) for homes and A$1.8 million for apartments, she added. 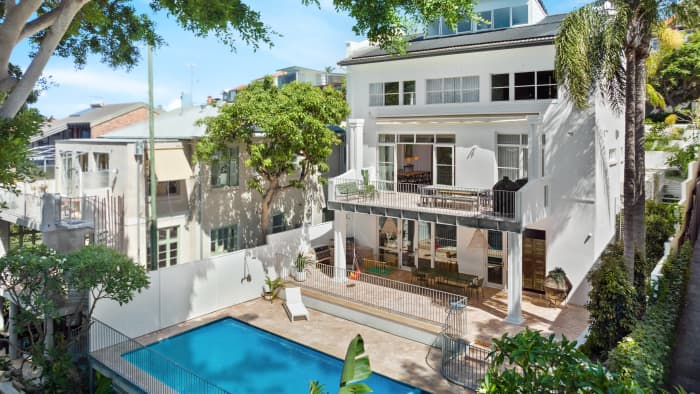 “There is a lot of character charm in the Bronte housing stock, as well as potential added value,” said Ms. Owen. “While this suburb clearly has exclusivity and beach appeal, the pandemic may have also exacerbated the demand for such an incredible lifestyle market, with parks, coastal walks and a beautiful beach for plenty of outdoor activities that residents will enjoy during the lockdown. can enjoy.”

Bronte now has more homes and units for sale compared to the last six months of 2021, when homes were barely on the open market for days before being bought.

Alexander Phillips of PPD Real Estate said buyers had little choice at the time, but the market has stabilized and there are more homes for sale now.

Ms. Owen said this represents about 1.3% of the stock and is higher than what they saw around this time last year, with just 27 offers available.

“Holding periods in the area appear to be relatively high, around 12 years for homes – based on the median of what has been sold in the past 12 months,” said Ms Owen. 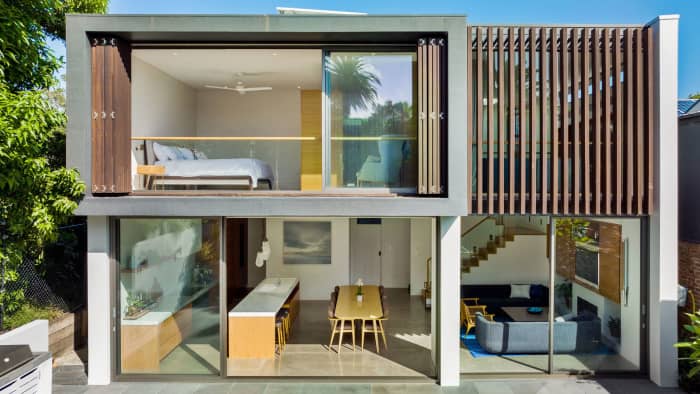 What makes it unique?

According to Mr. Phillips, it is the lifestyle and strong community that makes Bronte so attractive to young professionals and families.

“It differs from the adjacent beachside suburbs in that there are no pubs and no backpacker accommodation so it is very family oriented,” he said. “There are great schools and community activities are centered around the Bronte Surf Lifesaving Club with many great events.”

Mr Phillips said it is one of the easiest eastern suburbs to get into town for work, and the sea view was often a selling point.

“There are houses with split-level views that are very attractive,” he said.

Ms Owen added that Bronte Beach and the surrounding park are the obvious attractions, as are the beautiful coastal walks. 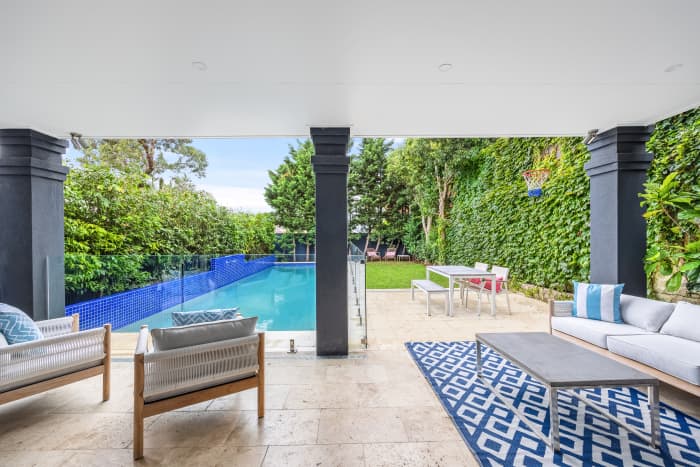 You can pick up supplies from QE Grocery Store, which offers a wide range of organic products. Frank’s Deli brings a quintessential New York deli experience and a touch of European flavor, with delicious sandwiches and produce. Known for its fantastic sourdough, Iggy’s Bakery has a large following.

For a sweet treat head to Huxton’s in Bronte – their panna cotta lamington is a treat and Pilgrims Vegetarian Cafe has healthy food including veggie burgers and pancakes. Cafe Salina, adjacent to Bronte Beach, has great ocean views, as does Bogey Hole Cafe.

Pick up fish and chips from Bronte Fish and Chips for a picnic on the beach.

For beautiful homewares, Water Tiger in nearby Waverley offers a great selection, including furniture, and Volange Paris offers French-inspired clothing.

There are excellent schools in the area, including Bronte Primary School, Waverley College, a Catholic school for boys aged 5 to 12 and St Catherine’s, a private Anglican junior and senior day and boarding school for girls.

Bronte is home to many young professionals and families who enjoy an active life by the sea and take advantage of all that the great outdoors has to offer.

The market may continue to appreciate long-term, but short-term prices may have peaked according to Ms. Owen.

“As more offerings are added to the market, we can try to enter the downward phase of the cycle,” she said.

“Now, however, growth rates are slowing and quarterly changes in value show a 0.2% decline in home values ​​over the three months to March.”

Ms Owen said it was not uncommon for Sydney’s higher, affluent markets to see a general decline in values.

“It’s a lifestyle market, so I think there was a lot going on during the pandemic,” she said. The area’s exclusivity is also said to have been exacerbated by lockdowns. Now that social distancing and travel restrictions have been relaxed, many more people are likely to flock through the area, which could somewhat erode the appeal of this market.”

We use cookies on our website to give you the most relevant experience by remembering your preferences and repeat visits. By clicking “Accept All”, you consent to the use of ALL the cookies. However, you may visit "Cookie Settings" to provide a controlled consent.
Cookie SettingsAccept All
Manage consent

This website uses cookies to improve your experience while you navigate through the website. Out of these, the cookies that are categorized as necessary are stored on your browser as they are essential for the working of basic functionalities of the website. We also use third-party cookies that help us analyze and understand how you use this website. These cookies will be stored in your browser only with your consent. You also have the option to opt-out of these cookies. But opting out of some of these cookies may affect your browsing experience.
Necessary Always Enabled
Necessary cookies are absolutely essential for the website to function properly. These cookies ensure basic functionalities and security features of the website, anonymously.
Functional
Functional cookies help to perform certain functionalities like sharing the content of the website on social media platforms, collect feedbacks, and other third-party features.
Performance
Performance cookies are used to understand and analyze the key performance indexes of the website which helps in delivering a better user experience for the visitors.
Analytics
Analytical cookies are used to understand how visitors interact with the website. These cookies help provide information on metrics the number of visitors, bounce rate, traffic source, etc.
Advertisement
Advertisement cookies are used to provide visitors with relevant ads and marketing campaigns. These cookies track visitors across websites and collect information to provide customized ads.
Others
Other uncategorized cookies are those that are being analyzed and have not been classified into a category as yet.
SAVE & ACCEPT
Advertisement
Advertisement